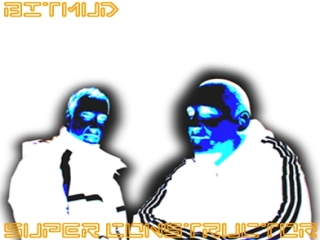 Back in 1991 R.A.W. started making Rap music and had his first gig 1993 with his britcore-band called "Selbstjustiz" where he used to program and scratch. After one year of playing on jams all around Germany some friends asked them to join in for a crossover-project and so he had his first experience in combining electronic music with acoustic instruments.

Meanwhile in the circle of friends the band "Tranquilizer" was founded which started as a Funk-Band but then developed to a Rap-Funk crossover band. The drummer Tilla (1977) then in 1995 had to replace the bass-player and thought of his old friend Lex who never played in a band before but was very skilled in playing the funk. 1996 then was the year when R.A.W. became part of Tranquilizer besides Lex and an extraordinary friendship with lots of creativity was born.

In 1997 R.A.W. published the record "46..?", a Britcore side-project with the rapper of Tranquilizer "Landoman", and 2 tracks on the Breakcore compilation "Otaku" of  the Hamburger label "Fischkopf Records" with his solo electronic project.

In 1999 Tranquilizer turned into "Dropatista" after some members left the band and so there were Landoman, Tilla, Lex and R.A.W. forming a new kind of style between Hip Hop, Dancehall, Funk and Electronica. Dropatista recorded the album "Aufschlag" (Minor 7 Flat 5/EFA 17106-6) and supported bands like "Plexiq" and "Smith & Mighty".

Landoman became busy in dancehall with the soundsystem "Soulfire Hi-Fi" and in 2001 he decided to concentrate on his new obsession. The remaining members Tilla, Lex and R.A.W. started making electronic music combined with bass and drums. But soon Tilla realized that though he loves electronic music it was not his style to sit behind computers, samplers and synthesizers all night.

So "Bitmud" was founded, the electronica band of Lex and R.A.W.! Until today we are working on our own style of electronic music somewhere in between Hip Hop, IDM, Funk, Acid, Breaks and everything else that shaped us in our lives.

On this website you will find some of the music we created as well as other stuff that developed from our passion to music, like VSTs, Ableton Live Racks and more.